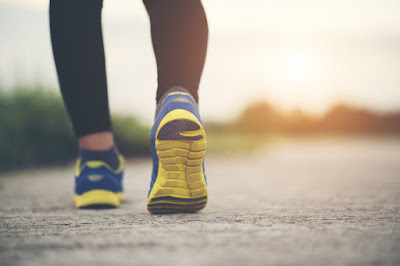 Everyone knows the benefits of regular exercise and its role in maintaining a healthy body. Exercise improves the performance of body organs and reduces the risk of disease.

A scientific study conducted by a group of Canadian researchers proved that walking for 3 hours per week helps to stimulate and stimulate the brain to perform its tasks. The study added that walking helps increase the ability to focus and protect from forgetfulness problems.

According to the results of the study published by the British newspaper "Daily Mail" that walking works to improve cardiovascular and brain health. The study added that walking exercises 3 hours per week helps protect against high blood pressure, diabetes, and cholesterol.

The study lasted for 6 months and was conducted on a group of volunteers. The results showed that walking works on the presence of changes in the activity of the blood and increases the level of perception significantly after low blood pressure.

The study participants confirmed that continuing to exercise continuously for 6 continuous months to obtain better results.

The study's supervisors indicated that the symptoms of cognitive impairment are linked to vascular impairment in the brain. Supervisors emphasized that poor vascular perception indicates an advanced type of dementia that is due to vascular damage and is the same type of damage that is monitored in heart disease. It is the second most common cause of dementia after Alzheimer's disease.

Leo Ambrose added that exercising in general and walking, in particular, reduces the risk of developing chronic diseases such as the heart, arteries, and diabetes. Leo Ambrose advised keeping walking exercises 3 hours per week for better health.
Next article Next Post
Previous article Previous Post