Common mistakes in the Gym 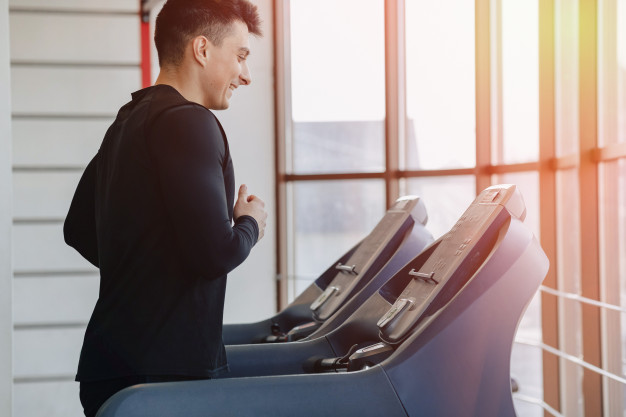 Many people resort to exercising either to lose excess weight, or to maintain a healthy lifestyle and free from laziness, knowing that exercise plays a big role in preserving people's lives, as it strengthens the heart muscle, protects it, stimulates the brain, and increases the ability On focus, it also burns accumulated fat on the abdomen and other parts of the body, as these fats are primarily responsible for strokes and blood clots, but many people are ignorant of the correct ways to practice these exercises, and they make many mistakes that may lead to their lives, and in this article will introduce you some of these errors.

Common mistakes in the Gym

Many people exercise harsh exercises as soon as they start, which suddenly increases the heartbeat, strains their muscles, leads to stiffness and weakens their ability to withstand pressure, so it is advised to do these light exercises, such as walking, running in the same place, dancing and others before Exercise tired, to increase the flexibility of the muscles, and give them the ability to resist the pressure on them.

Not eating the right food

Many people believe that not eating food increases the effectiveness of exercise, but this belief is wrong because the body burns a lot of its energy during exercise, which requires replacing it with the energy necessary to maintain its safety, so you must eat sufficient quantities of food rich in the necessary proteins To strengthen the body and build muscle.

Neglecting some of the body muscles

Many people focus on some muscles, exhaust them, and neglect other muscles, but the muscles must be balanced, to avoid the stress of some of them, and to put them above their capacity.

Suffice to specific types of exercises

Commitment to a specific type of exercise leads to building specific types of muscles, so it is preferable to diversify between exercises and choose exercises that are appropriate for the capacity of the body, as increasing the number of exercises, the body increases his capacity to move.

Doing exercises for a long time

Exercising for a long time can give you the opposite effect. It can also deprive the body of the beneficial hormones that it releases when starting exercise, such as testosterone and dopamine, which puts the body into stress, so it is advised not to exercise for more than 45 minutes every day.

Some believe that exercising every day gives quick results, but this belief is wrong because the body needs periods of relaxation in order to be able to achieve the required balance and to build its muscles.

Not getting enough sleep

Many people stay up late at night, which deprives their bodies of the hormones necessary for the growth of their muscles and the burning of excess fat, so it is advised to take enough sleep every day to get the most benefit.

Using the phone during sports

Many people use their smartphones while exercising, which increases the periods of rest of the nervous system and thus loses the body the ability to withstand pressure when returning to exercise, so it is preferable to turn off the phone and remove it during exercise.

Talk for a long time

Some people imitate the exercises exercised by others, which may be beyond their ability to endure, therefore it is preferred to exercise that is appropriate to the stage of exercise that the athlete reached, and fit his body at the same time.
Next article Next Post
Previous article Previous Post