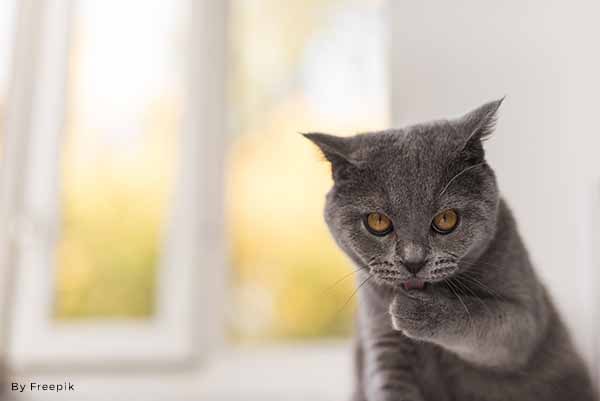 The birth of cats

Most cats are born so that their head comes out before the rest of their body, but some of them can be born back, usually, the average number of cats in one birth is four cats, and the number of cats can be one cat, or at least seven cats, and the birth process continues About half an hour of time, the cats come out surrounded by a thin membrane, and the mother removes it with its teeth and tongue, as the weight of the cat at birth is from 100-142 grams, and its length is approximately 8 centimeters.

Cats up to six months old

In this stage, the cats begin to grow quickly, but they do not reach sexual maturity, and it is worth noting that the first six weeks are one of the fastest stages of growth in cats. Outside her den, when she reaches her first month of life, her growth, size, and weight depend on nutrition and hereditary factors.

This stage is characterized by the large size of the cats, as the cat acquires its full size, as he learns how to preserve his life, and learns the ways to keep him alive, and this stage of the cat's growth is parallel to a human at the age of 15 years, and usually the weight of the cats in the sixth month 2.3 Kilograms, and when the cats approach the age of the first year their skeleton will reach full growth, as the cats are sexually mature from the age (6-8 months).

When a cat is 3-6 years old, it becomes more mature, as its behavioral and physical maturity develops, as it becomes active, flexible, and cares about its health, and cats from seven to ten years old become fully mature as a person becomes mature in the mid-forties or fifties.

The cat at this stage is like a human at the age of 70 years, and after the tenth year of the cat’s life its growth begins to stop gradually, and the level of activity decreases significantly at the end of this stage, and this is why it is preferable to pay attention to feeding the cats during this period, and ensuring that veterinary care is provided to them. This is to keep it safe.

Most cats do not reach the age of fifteen or more, and it is also worth noting that they do not show any signs of aging.
Next article Next Post
Previous article Previous Post