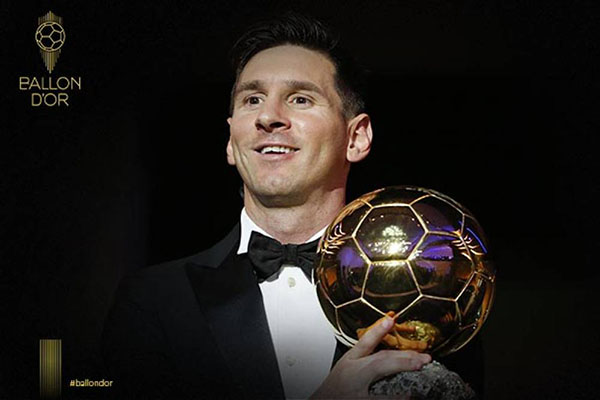 If Lionel Messi and Cristiano Ronaldo, the record holders of the Ballon d'Or France Football, and the candidates to their succession have a very powerful impact on the image of their club, they can also increase its financial losses. Explanations.

The Ballon d'Or France Football is a great booster and the biggest individual awards, of course, have an impact on the club to which the winner belongs. The first to become aware of the phenomenon is Real Madrid, when Florentino Perez focused on building a Galactic team at the turn of the millennium. The advent of star players associated with that of social networks become a key player in the economic development of clubs has gradually changed the balance, to the point that today the brand "top player" has an impact greater than the club brand among followers of different social networks.

Last October, Cristiano Ronaldo had 393 million followers (Facebook, Twitter, Instagram, YouTube), against 229.4 for Real (source Iquii). And the phenomenon is repeated for each star of the balloon. To name only the three most followed phenomena, Neymar totals 233.7 million "fans", against 73.3 for PSG, when Messi displays 226 (without Twitter) against 222.6 for Barça. Counting one of these monsters among its ranks reflects on the club's economy, generates additional revenue, but the circle does not have only virtues. It also has its perverse effects because it makes dependent clubs of his "Balloons Golden" so popular. So, when CR7 left Madrid for Juventus, exceptional, the Real has lost a million followers.

But Juve, meanwhile, did not win on all the tables. Because if the stars allow clubs to significantly increase their turnover, they also impact profits, even losses, because of a constantly increasing payroll. The Old Lady, it was € 195 million turnover in 2012, against € 495 million today, and yet the club continues to lose money (40 million for the previous year). A Ballon d'Or, it boosts you in terms of notoriety, but if we add the transfer fees, it also pleases you in terms of cost. And while awaiting the end of the reign of the Messi-Ronaldo duo, the rumors have not finished running around Neymar or Kylian Mbappé, two potential candidates for the supreme trophy for the next editions.
Next article Next Post
Previous article Previous Post