Haaland agrees to the offer of Juventus 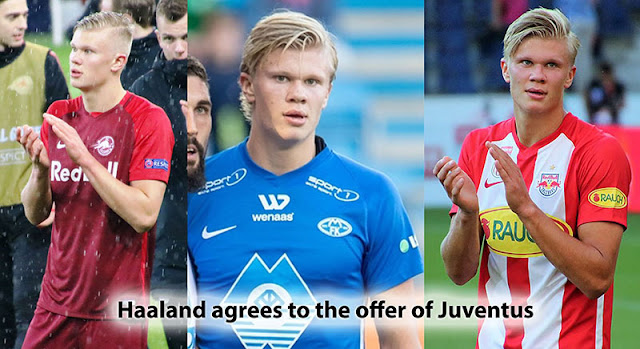 Norwegian star Erling Haaland, the Austrian Red Bull Salzburg player, has accepted the offer from Juventus to sign him, according to Italian press reports.

The newspaper "Corriere dello Sport" reported today, Tuesday, that the 19-year-old is approaching Juve, who has provided the 30 million euros required to bring him.

Also, "La Gazzetta dello Sport" newspaper said that the Bianconeri is seeking to join the player for 5 seasons, in return for an annual salary of 3.5 million euros.

Haaland has already agreed to the offer, and only the deal remains between the two clubs, the Toto Sport newspaper reported.

This comes despite the fact that Uly Gunnar Solskjaer, Manchester United coach, recently traveled to Austria to negotiate himself with the player.

Haaland has played 22 Salzburg jerseys in all competitions this season, having scored 28 goals and 8 in industry.
Next article Next Post
Previous article Previous Post