Causes of Crackling Joints, Is it the Bodybuilding 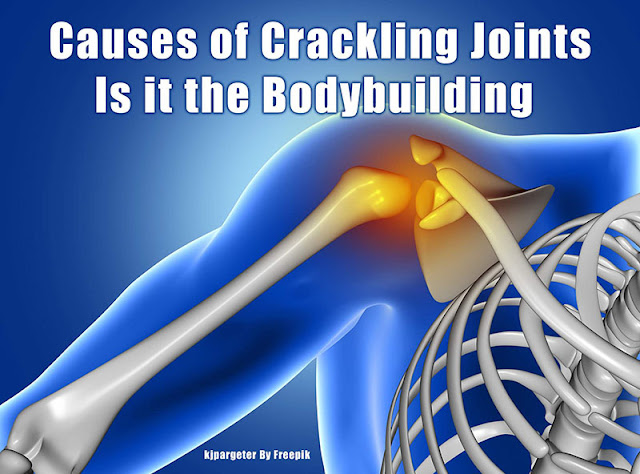 Cracking the joints is the sound that occurs when bending the joints, especially the knees, and the cracking of the voluntary fingers, which may cause some people to think a lot about a problem with the joints. Therefore, some should know that joint cracking is a normal condition due to the friction of one of the tendons that connect the bones of the joints and muscles, with a tendon adjacent to it, which makes that sound called cracking or cracking the joints.


The increased pressure on the articular fluid and the expulsion of gas from it is the source of the popping sound. This sound can only be repeated after some time has passed, as the gas accumulates again and the sound is repeated. The sound of knuckling of the joints may also be the tendon relaxation, displacement and return of the tendon to normal, as a result of bending or stretching the joint. It is common to hear these sounds during various exercises, such as pressure exercises or weight lifting, where sounds are heard from the shoulder, knee, elbow or ribs.

The treatment is summed up by knowing the cause and treating it. Cracking the joints is not a disease as long as it is not accompanied by pain, and does not by itself cause roughness in the joints, and crackling is the discharge of albuminous fluid inside the joint, from room to room inside the joint, but if it has pain, the cause of pain must be known and treated, As in the case of the roughness of the joints, with which crackling is heard but with pain, the same is not necessary for treatment as long as there is no pain.

An American study of 200 people who used to bang their fingers - repeatedly and for a long-time - confirmed, and the health of their joints was compared to others who were not familiar with this behavior, and it proved that there is no difference in the structure and composition of the joint.


Is it possible to get rid of these voices?
Through physical therapy sessions aimed at strengthening the muscles, these sounds can be mitigated, and their causes can be reduced as excessive bending, weight lifting, or exercising quickly and without warming up. So I advise you not to worry.

As for the inactivity in the shoulders: I invite you to do a sport to strengthen the muscles of the shoulder and back.
Next article Next Post
Previous article Previous Post